Avida Settings Altaraza rests at the doorstep of Northern Metro Manila, close to the boundaries of Quezon City and Caloocan. It takes only 20 minutes to drive from Quezon Memorial Circle to San Jose del Monte City. Likewise, it is highly accessible through public transportation with a 1.2 km-long frontage facing Quirino Highway and an intersection leading to Tungkong Mangga road which is on the way to NLEX.

Near the development are churches, schools, and other established commercial centers. It is a home in the city for young professionals, families, investors, and entrepreneurs alike. Avida Settings Altaraza is where Bulacan’s progress is finally at home.

As with any real estate investment, location is the single most important factor to consider. Avida Settings Altaraza is perfectly positioned such that you can have your privacy and also get access to modern facilities and amenities. This development is located in San Jose Del Monte City, Bulacan, which is just outside of Northern Metro Manila. This location is therefore close to major cities in Metro Manila, such as Caloocan and Quezon City.

San Jose Del Monte is a suburban city within the province of Bulacan. Aside from its close proximity to the cities of Caloocan and Quezon City, it is also close to other cities within Bulacan such as Marilao, Norzagaray, and Santa Maria. With a population of nearly 600,000, this city is the largest government unit within the province. And as such, there is a huge potential for growth and development in the province as evidenced by the arrival of new developments and businesses in the past few years.

The future development plans within Bulacan and nearby areas should make this location even more promising for the future homeowners at Avida Settings Altaraza. For example, the proposed plan for an MRT 7 Station, C6 Road, and NLEX East would make traveling to Bulacan from Metro Manila even more convenient. This would also mean that the travel time to and from Metro Manila would be greatly reduced as well. With the proximity to public transportation terminals and services, this will make coming home to Avida Settings Altaraza easier.

In addition to the convenience and accessibility of San Jose Del Monte in Bulacan, the location of Avida Settings Altaraza is ideal as it is a flood-free area. You can therefore live worry-free about the safety of your property and that of your family.

Apart from being a flood-free area, San Jose Del Monte is also a favorable choice of location to live in. Aside from the future establishments that will rise in Altaraza Town Center, it is accessible to many commercial and business establishments, along with some tourist attractions that you can exploit while you live here. In fact, this city in Bulacan was a huge part of the Department of Tourism’s “It’s More Fun in the Philippines” campaign. With that said, there are plenty of tourist attractions worth exploring in this city, as well as nearby areas. In Barangay San Isidro, for example, there are Kaytitinga Falls and Mount Balagbag. You can also access the Angat Watershed Forest Reserve. The largest orchid and ornamental plants farm is also located within this city. The farm is 1.8-hectare in size! You can visit this farm if you are looking to buy orchids and ornamental plants for your home.

Aside from leisure destinations, the city of San Jose Del Monte is flourishing with shopping centers, malls, hospitals, and churches. You can therefore access the following within a few minutes from your home in Avida Settings Altaraza: Our Lady of Lourdes Grotto, Collegio San Agustin, Skyline Medical Center, SM City San Jose Del Monte, and Nolasco Public Market. 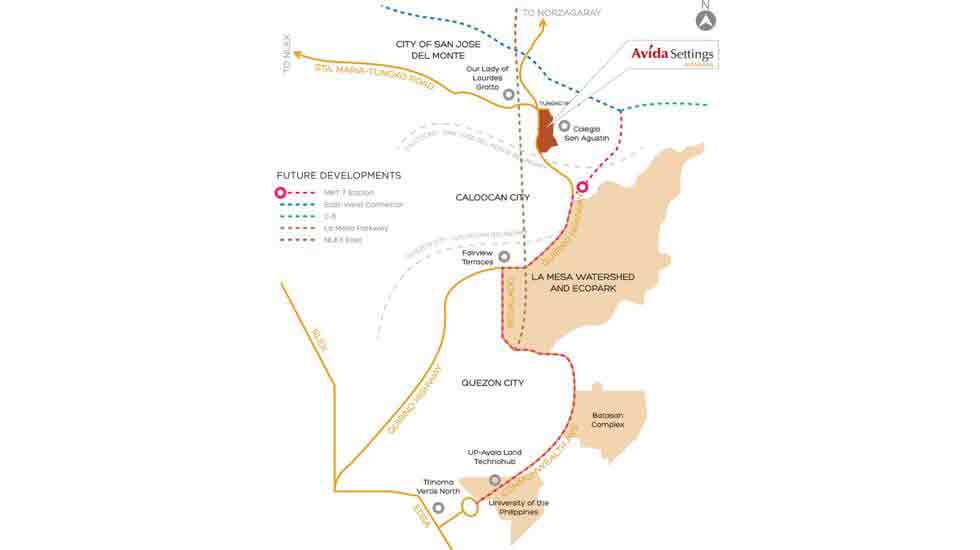 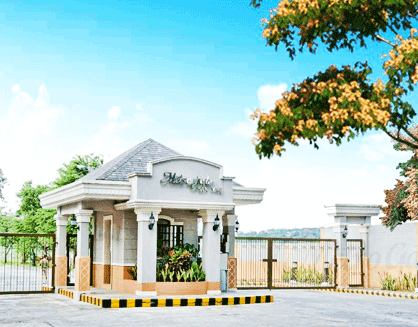